On April 17, 2017 just prior to 7:00 pm, officers were dispatched to the 8600 block of North Tarrant Parkway (cross street of Saddlebrook Ct.). Upon arrival, officers noted a white two-door sedan and white minivan with significant damage.

The two-door sedan was in multiple pieces, with the rear of the vehicle on fire. The white male driver of the two-door sedan had been ejected from the vehicle and was located deceased at the scene. The white male driver of the minivan was transported by ground ambulance to an area hospital with non-life threatening injuries. An additional three other vehicles were involved in the accident, as a result of swerving to miss the initial incident between the white sedan and white minivan; however, no other persons were injured.

Witnesses’ report that the two-door sedan was traveling east bound on North Tarrant at a high rate of speed when they heard what was described as a “pop” sound. The sedan then lost control and rolled across the center median into the west bound traffic of North Tarrant Parkway. After the sedan crossed the median, it ran head-on in to the white minivan. Officers are currently investigating to determine the cause of the accident, but at this time speed is believed to be a factor.

Names of involved parties are being withheld, pending family notifications. 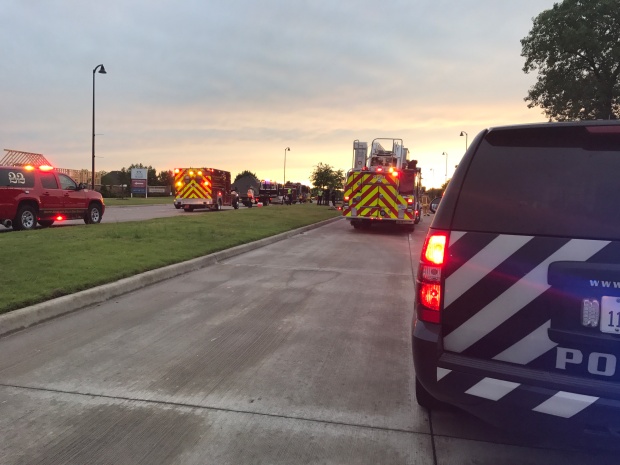